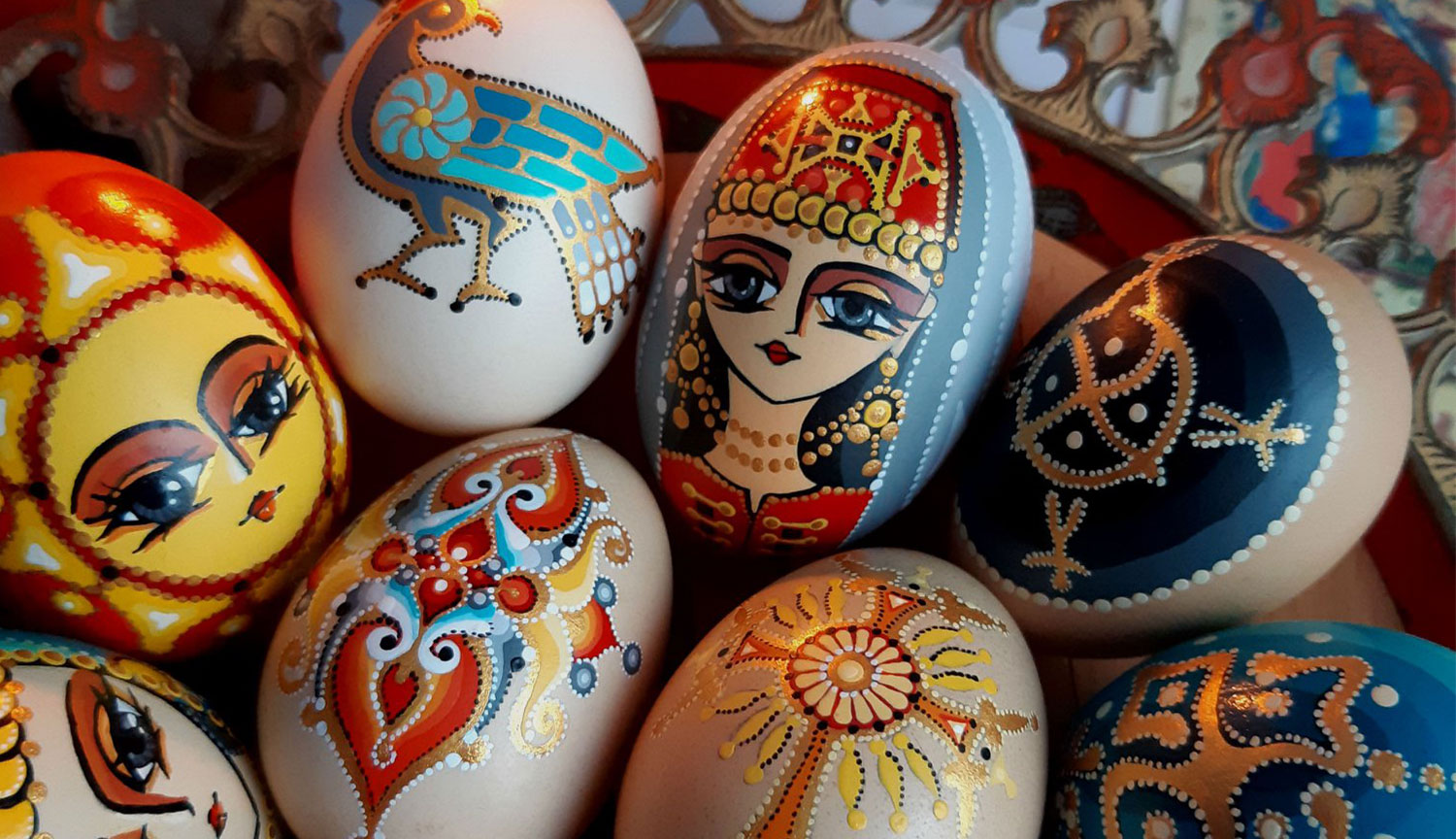 Two of the apostles of Jesus Christ, Bartholomew and Thaddeus, ended their days in Armenia spreading Christianity. That’s why we officially call our church the “Armenian Apostolic Church”. Years later in 301 AD Armenia was the first country officially to adopt Christianity as a state religion, And this fact helped  our country and the nation to survive and preserve its national values while fighting against foreign invaders and conquerors. We invite you to spend Holy week with the oldest Christian church and nation in the world. Easter is the most favorite and the most anticipated holiday in Armenia. Each year Armenian Apostolic Church in these days gathers in silent recollection, praying and meditating on the mystery of the passion, death and Resurrection of the Lord. The main purpose of this trip to Armenia is get acquainted with ancient culture of  the old Christian nation.

Day 1: Yerevan – Garni – Geghard – Yerevan
Welcome to “Zvartnots” International Airport, Yerevan. Transfer to hotel. Check-in. Rest. After breakfast you will have City tour around Yerevan. We will stop at the statue of Mother Armenia, which is located on a hill overlooking Yerevan (it’s recommended to take binoculars). According to our program you will visit the Museum of Matenadaran, a research institute of ancient manuscripts; Cascade, Cascade Alley and Cafesjian Sculpture Garden, a place rich in beautiful and unique statues of famous sculptors (e.g. The Cat by Bottero).
Departure for the region of Kotayk. Arrival at the monastery of Geghardavanq (XII-XIII centuries), which is a unique architectural construction partially carved out of the adjacent mountain, surrounded with cliffs. It is listed as a UNESCO World Heritage Site.
Proceeding to Garni village, a summer residence of Armenian kings. Visit to the Temple of Garni which is the only pagan temple in Armenia that survived the Christianization of the country in the early 4th century. A master-class of national bread “lavash” cooked in tonir, an underground oven.
Return to Yerevan. Welcome dinner in a restaurant with national cuisine. Overnight.

Day 2: Yerevan – Zvartnots – Yerevan
Breakfast at the hotel. You will have a visit to the History Museum of Armenia which houses a collection of the most ancient documents of Armenian history; toTsitsernakaberd, a memorial complex dedicated to the victims of the Armenian Genocide. Departure for the region of Armavir, western part of Armenia.
Here you will see St. Hripsime Church. According to a legend Hripsime was one of those virgins who escaped from Roman Empire and were martyred in Armenia for their Christian faith. This church, for its charm and triumphant appearance is a mirror of perfection of Armenian religious architecture. Arrival in Echmiadzin, the administrative and religious center of Armenian Apostolic Church and the Holy Seat of the Catholicos. Visit to the Mother Cathedral of Echmiadzin (IV century), one of the most ancient Christian churches in the world. The word “Echmiadzin” is translated from Armenian as “Begotten is descended”. The etymology of the word is connected to the vision of Saint Gregory the Illuminator, according to which Jesus descended from the sky with a golden hammer in his hand showing the place where the first Christian church must be built after adopting Christianity as a state religion.
You will a chance to participate in  Paschal Liturgy in Mother Cathedral. On the way back you will observe the ruins of Zvartnots (temple of angels) built in the VII century by Catholicos Nerses III, who is famous as Nerses the Constructor for his building activities. The ruins of the cathedral, destroyed by a horrible earthquake in the X century, were unearthed only at the end of the XX century thanks to Toros Toramanyan. Though being the ruins they attract the visitors with their decorations and beauty.
Return to Yerevan. Don’t miss brandy tasting in “Ararat” brandy factory .Dinner with typical Easter dishes at a local restaurant .
Overnight.

Day 3: Yerevan – Khor Virap – Noravanq – Yerevan
Breakfast at the hotel. Departure for the region of Ararat, toward to the Armenian-Turkish border. Visit to the monastery of Khor Virap (XVII century), that stands before the snowcapped slopes of Mount Ararat offering a spectacular view of the mountain. Here Grigor Luisavorich (St. Gregory the Illuminator) was imprisoned for 13 years before curing King Trdat III of a disease, after which, in 301, Armenia adopted Christianity as a state religion.
Proceeding to the region of Vayotz Dzor (gorge of pain). Visit to the monastery of Noravank(XIII-XIV centuries) located in a gorge known for its high sheer brick-red cliffs. The monastery is famous for a magical sculpture where God is represented in a human aspect.
On the way back you will have a stop in Areni village for tasting Armenian wine.
Return and overnight in Yerevan.

Day 4: Yerevan – Tsaghkadzor – Sevan – Yerevan
Breakfast. Departure for the region of Kotayk, arrival in the city of Tsaghkadzor. Visit to the monastery of Kecharis, which dates back to XI-XIII centuries. At first an atrium called “gavit” was built. It was used for having lessons and accepting visitors. The church of St. Gregory was built in 1033, after which the churches of St. Nshan, Katoghike, St Harutyun were built. Proceeding to the region of Gegharquniq, arrival at Lake Sevan (1900m a.s.l), the blue pearl of Armenia. Visit to the churches of St Astvatsatsin and monastery of Sevanavanq (IX century), built right on the peninsula (first it was an island, but later it became a peninsula because of the water reduction). The monastery is famous also for sea wars against the Arabs.
Return to Yerevan.

Day 5: Yerevan – Haghpat – Sanahin – Yerevan
Departure for the region of Lori. Arrival in the villages of Haghpat and Sanahin. Visit to the Medieval monasteries of Haghpat and Sanahin (XI-XIII centuries). Both of them are recognized as World Heritage Sites by UNESCO.
Return to Yerevan. Farewell dinner at a local restaurant. Overnight.

Day 6: Transfer to the airport for your flight home.