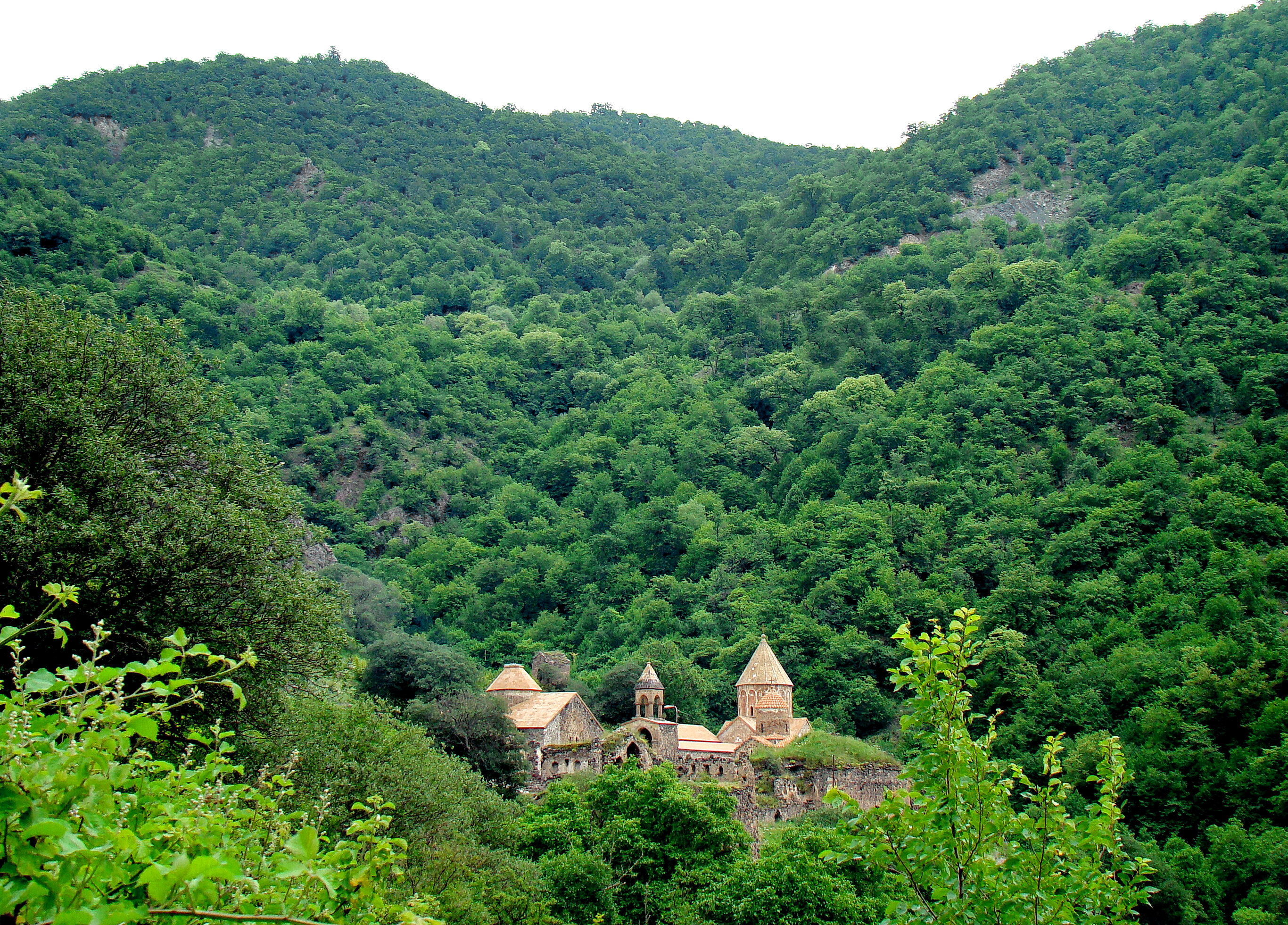 Day 1: Yerevan, City Tour
Arrival at  the International Airport “Zvartnots”, meeting and transfer  to the hotel.  Accommodation and rest.  Then you will have an unforgettable    tour around our amazing city. You will  see  the main landmarks in Yerevan: the Opera and Ballet House, the Cascade,   a  walking square with modern sculptures by Botero;  the statue of  “Mother Armenia”,  where  from  a stunning  view over the capital opens. You will visit the Matenadaran, the research institute  and depository of ancient manuscripts. The  next sightseeing worth visiting is Tsitsernakaberd, the memorial complex dedicated to the victims of the Armenian Genocide  in  1915. The tour day  will be ended with an excursion to the “Ararat”  brandy factory, where you will taste some sorts of famous Armenian brandy. Return to the hotel.

Day 2: Echmiadzin – Zvartnots – Yerevan
Breakfast at the hotel. You will have a great opportunity  to see  Echmiadzin,  the administrative and spiritual center of the Armenian Apostolic Church.  We will  visit the Cathedral, one of the oldest Christian churches in the world. The word “Echmiadzin” is  translated from Armenian “Only Begotten fell”. The etymology of the word is linked to the vision of St. Gregory  Illuminator, according to  which Jesus came down from heavens with a golden hammer and showed him the place where the first Christian church should be built. In Echmiadzin you  will also  see St. Hripsime church (VII century).  The church is  considered an example  of religious perfection of Armenian architecture.
On the way back   you visit the ruins of the Zvartnots cathedral (The  temple of angels ), built in the seventh century.  Return to Yerevan. Evening is free to relax in a good atmosphere of  jazz clubs, pubs or  cafes.
Overnight in Yerevan.

Day 3: Khor Virap – Noravank – Tatev – Goris
Breakfast at the hotel.
We start our tour day proceeding to  the  Khor Virap  monastery  (XVII century) where  from a magnificent view to the biblical Mount Ararat  opens, where according to the Bible, Noah’s ark  came down. The next point of our tour is  Noravank (XIII-XIV centuries) situated among a picturesque gorge with caves and red rocks.
The next  destination  of our tour will be the   Tatev monastery.
We will drive  to Syunik region  to reach the  Tatev monastery. You will take  “the Wings of Tatev” ,  the longest reversible ropeway in the world (5752 m), recorded in the Guinness Book of Records. Twelve minutes of unforgettable flight above the ravine of the fierce Vorotan River! It is the most picturesque and impressive route to  the Tatev monastery.
The Tatev monastery is a 9th-century Armenian Apostolic monastery located on a large basalt plateau near the Tatev village. The monastery complex  consists of three churches (St. Paul and Peter, St. Gregory the Illuminator and St. Mary), a library, dining hall, belfry, mausoleum as well as other administrative and auxiliary buildings.
In the 14th and 15th centuries the monastery hosted one of the most important Armenian medieval universities, the University of Tatev, which contributed to the advancement of science, religion and philosophy, reproduction of books and development of miniature painting.
After the excursion in Tatev we will drive to Goris for overnight.

Day 4: Goris – Stepanakert (Kharabakh ) – Gandzasar
After breakfast at  the hotel we will proceed to Stepanakert (Karabakh). In 3 -hour driving  along the picturesque landscape we will arrive  in Stepanakert where you will have a city tour and then we will go to Gandzasar.
The Gandzasar monastery is a 10th to 13th century Armenian monastery situated in the Mardakert district Nagorno-Karabakh Republic. "Gandzasar" means treasure mountain or hilltop treasure in Armenian. It   is a unique monument of medieval architecture and monumental sculpture, which by right ought to be regarded as an encyclopedia of 13th-century Armenian art.
Gandzasar is now the seat of the Archbishop of Artsakh appointed by the Mother See of Holy Etchmiadzin of the Armenian Apostolic Church.
In this tour you will also visit  Askeran fortress, also called Mayraberd,  located  on the banks of the Qarqar River and was built by the Karabakh khanate ruler Panah Ali Khan and consists of two sections.
Return to Stepanakert. Overnight in Stepanakert.

Day 5: Stepanakert – Shushi – Stepanakert
After breakfast we will have a wonderful excursion to Shushi.
Shushi  is a city  situated in the picturesque Karabakh mountains.
According to some sources the town of Shushi was founded in 1752. From the mid-18th century to 1822 Shushi was the capital of the Karabakh Khanate. It had religious and strategic importance to the Armenians. Shushi houses  the Ghazanchetsots Cathedral, the church of Kanach Zham, and  two other churches.
Return to Stepanakert. Overnight in Stepanakert.

Day 6: Stepanakert - Selim's Caravansaray – Hayravanq - Yerevan
Breakfast at  the hotel. This day we will return to Yerevan through Semim’s Caravansaray which was built in 1332 by Prince Chesar Orbelian, according to an inscription in Armenian and Arabic. This caravansaray offered hospitality to travelers along the highway crossing the Selim mountains. This building is an excellent example of Armenian secular architecture in the Middle Ages.
Selim Caravansaray  lies below the road just before the summit on the south side of Selim Pass (2410 m). On the way we also will see Hayravank ,  a 9th to 12th century Armenian monastery located just northeast of the village of Hayravank along the southwest shores of Lake Sevan. The monastic complex consists of a church,  a chapel, and  a  gavit.  Surrounding the monastery are numerous khachkars and gravestones that are part of a small cemetery. Return to Yerevan. Overnight in Yerevan.

Day 7: Yerevan
Free day to enjoy and relax in Yerevan. You can go to jazz clubs or pubs. Overnight in Yerevan.

Day 8: Yerevan – Amberd – Yerevan
Breakfast at  the hotel. We will visit  Amberd, a fortified town in the Middle Ages (X-XII centuries),  2300m above the sea level. Return to Yerevan.  We would like you to go to the national fruit and vegetable market  in Yerevan  where you will taste delicious fruits. Evening is free and you can enjoy it just walking in bright peaceful streets of our beautiful city.
Overnight in Yerevan.

Day 9: Yerevan – Goshavank – Haghartsin – Sevanavank – Yerevan
Breakfast at  the hotel.  We will proceed to Tavush  region and visit  the  Goshavank  monastery (XII-XIII centuries ), located on the banks of the river Aghstev. The monastery is directly connected  to the name of  Mkhitar  Gosh, the author of numerous parables and the first Armenian Criminal Code, which was used for centuries not only in the courts of  Armenia, but also in Georgia.  The next spot is Haghartsin,  a 13th-century monastery located near the town of Dilijan. It was built between the 10th and 14th centuries.
St. Astvatsatsin Church in Haghartsin (1281) is the largest building and the dominant artistic feature.
The Blue pearl of Armenia Lake Sevan will be seen and amazed by you. You will go up the peninsula and see the churches St.Astvatsatsin  and   Sevanavank (9 century). Return to Yerevan.

Day 10:  Yerevan – Garni - Geghard – Yerevan
Breakfast at the hotel.  This day you will see two  pearls of Armenian architecture -monastery  complex of Geghard (XII-XIII centuries) and  the pagan temple of Garni,
dedicated to the God of Sun. Garni was  a summer residence of  Armenian Kings. It is the only  building preserved in Armenia after the Christianity adoption as the  state religion.
According to a legend  the spear that pierced  Jesus Christ’s body was hidden for a long time among the rocks of the  Geghard monastery. That’s why it  was called “Geghardavanq” which is translated  from Armenian as “Monastery of spear”.
Return to Yerevan.  Transfer to the airport for your flight late at night.

The price does not include:
- International flight
- Insurance
- Tips
- Entrance fees to clubs

Note!
* The itinerary is subject to change.
**All the hotels can be substituted by a similar class hotel