TWO PEARLS FROM THE UNESCO CHAIN 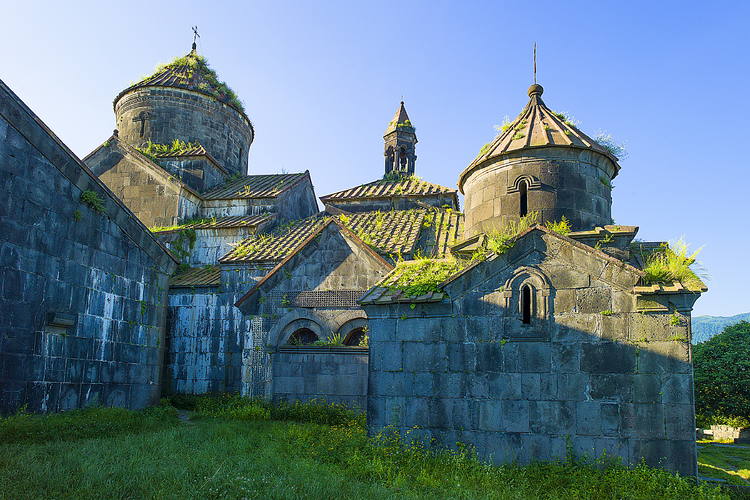 Our excursion covers must-see  attractions in Lori region, the objects of UNESCO heritage list, the monasteries of Haghpat and Sanahin.
Haghpat,  the spiritual and cultural prominent center of medieval Armenia, is situated in the North of Armenia, in the bosom of marvelous nature surrounded by rows of wooded mountains. The monastery was built on during the 10-13th centuries during the rule of Bagratunyats dynasty.
Sanahin Monastery was  founded in the 10th century . The name Sanahin literally translates from Armenian as "this one is older than that one", presumably representing a claim to having an older monastery than the neighbouring  Haghpat Monastery. The two villages and their monasteries are similar in many ways.
Optional: the Mikoyan  brothers museum.
Return to Yerevan.

Duration  of the excursion: 5-6 hours
The price includes:
- transfer in a comfortable (3-seat)  vehicle
- guide service